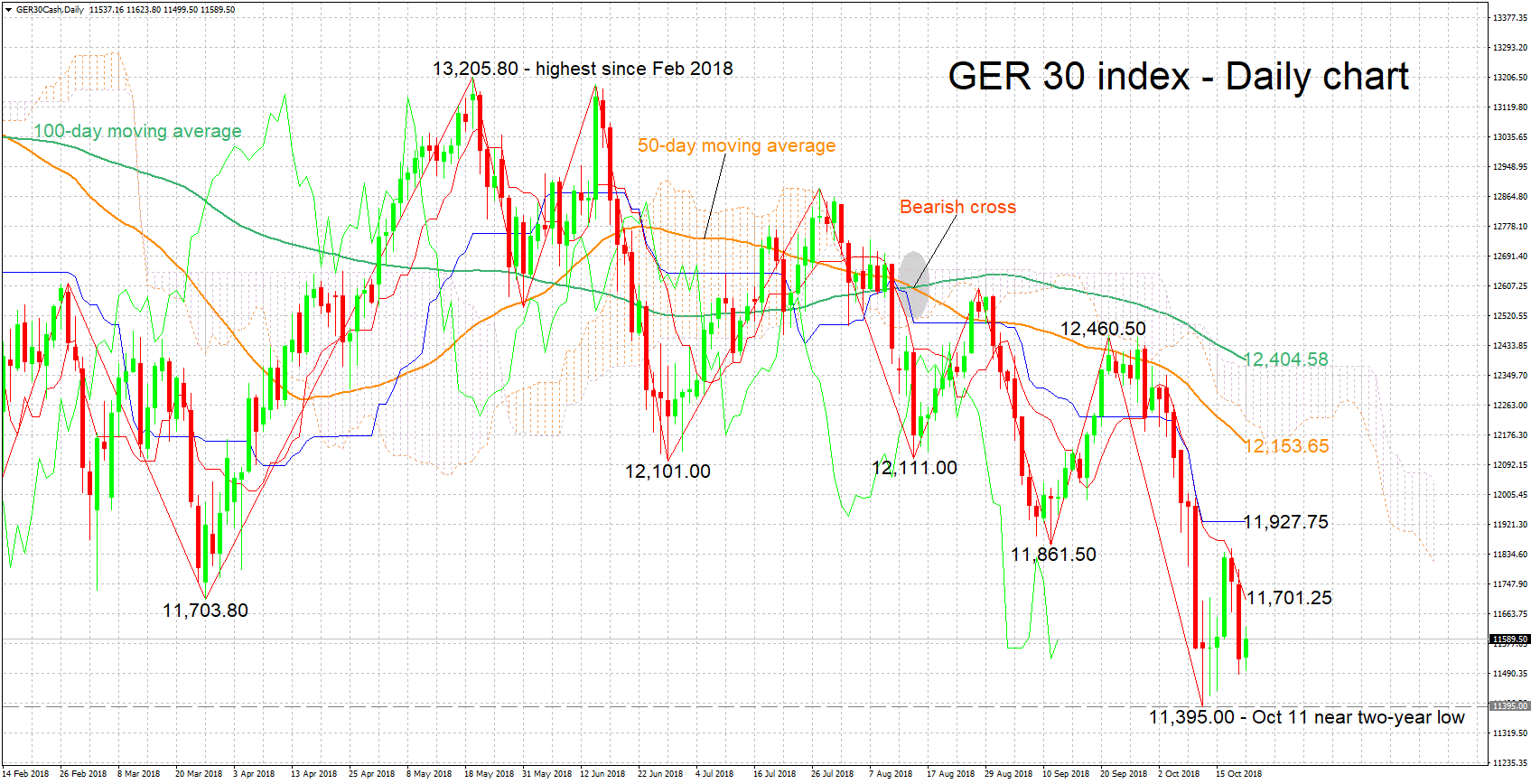 The Germany 30 index has lost considerable ground after late August’s peak of 12,460.50, eventually falling to a near two-year low of 11,395.00 on October 11. It is currently trading approximately 200 points above this nadir.

The Tenkan- and Kijun-sen lines are negatively aligned, attesting to the negative short-term bias. Notice though that the former has flatlined, which could serve as a sign of weakening bearish momentum.

Support to a move lower may come around last week’s near two-year bottom at 11,395.00, with steeper losses potentially meeting additional support around the 11,000 round figure that may be of psychological importance.

On the upside, resistance might occur around the current level of the Tenkan-sen at 11,701.25; a late-March bottom roughly coincides with this point. Further up, the zone around the Kijun-sen at 11,927.50, which also encapsulates a recent bottom at 11,861.50 as well as the 12,000 handle, would be eyed for additional resistance. Higher still, the focus would turn to the region around the 50-day MA at 12,153.65.

The medium-term picture is clearly bearish: the index is in a downtrend, recording lower highs and lower lows, with trading activity taking place below the 50- and 100-day MA lines, as well as below the Ichimoku cloud.

Overall, both the short- and medium-term outlooks are looking bearish, though a signal for an easing of negative momentum in the short-term is currently at play.